Zhongcha ( short for Zhongguo Chaye Gongsi, ie China Tea Trade Company ) had been basically the only tea factory in Yunnan a few years after the Communist takeover, until after the mid 1980’s when the tight control of the market is gradually relaxed. Therefore merchandize from that period abound. In the earlier days, theer was no production date on the label, people now just claim how old a product is. This one claims to be 50 years old, and fetching over a hundred thousand CNY. It comes complete with new crocoach bites and older moisture stains. I’d rather donate the money to a nursery home.

I have not seen Harry for over three years now, so it is okay to read my notes on the iPad waiting for him in the uncomfortable tiny chair of this pricy little cafe at the entrance to the basement theatre in this giant skyscraper that is one of the world’s most expensive property — the International Finance Centre in Hong Kong. The coffee is mediocre and the space is crammed. It is understandable; they must have a big rent to pay.

Harry is the head of an investment advisory of an international financial company. His office is high, high above this cafe. It was a delight to catch up with him; those I maintain friendship with are all nice guys after all.

He asked me quite a bit about collecting pu’er discuses ( cha bing ). Like a lot other high income middle class males in Hong Kong, Harry aspires to collecting red wine and those compressed tea objects, thinking that they will rise in value in time and are good gastronomic products. Harry was certainly not the first friend to ask about such subject, and I believe a lot have been persuaded by the many seemingly harmless neighbourhood or hideaway teashops into stocking up at least a few.

If he were buying products that are a few hundred dollars a piece I would not be triggered to write about it, but he was talking about many tens of thousand USD a piece.

If you have read my other writings about compressed pu’er products, you may remember that I do not have similar opinion as many others in the trade. I do not think that they are any higher gastronomic value than comparable loose leaf. What about investment value? Don’t they all appreciate in time?

Before you read on, please be warned that this article may offend tea consumers like Harry himself; or some tea merchant friends who rely on the speculation of pu’er cha bing to pay the rent or the accounting fees for their Panama account. All are welcome to comment below. 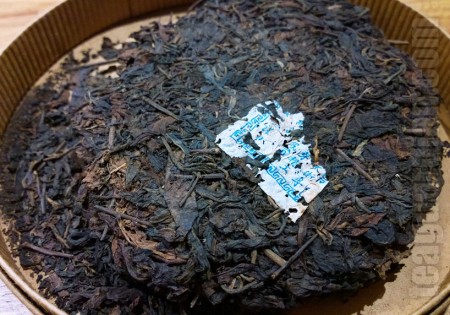 A pu’er cha bing that claims to be from Tong Chang Hao, a real old tea factory in Yunnan before the Communist regime. What would you do with such a thing even if it is genuine?

They really do, overall speaking, but there are big details that you should know, if by any chance you are interested in buying some for your “investment”.

Before we go into these details, let’s revisit a few basic facts: 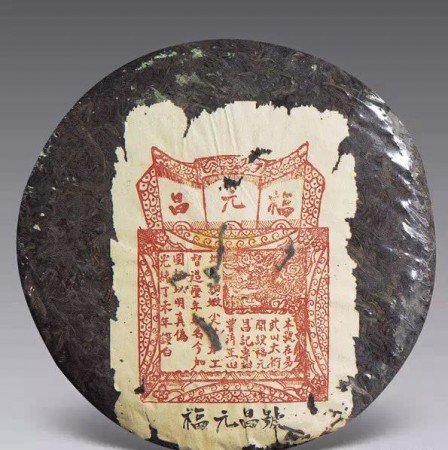 This is one of the thousands of products made to look like antique with a torn label of a shop name from the first half of the last century.

If you do not mind overpaying a few cups of tea, it is okay you buy by following your impulse. If you want real value for your money or look at it as investment, you have to know in the very beginning that whether you are already over paying for a decorative disc made of dried tealeaves. That brings us to point number 1:

No valuation standard in compressed pu’er

You may have seen a few pamphlets or magazines printed in simplified Chinese declaring the values of so and so grade of so and so year from so and so factory is worth this and that dollar ( or Chinese yuan ). The fact is, within Mainland China, where there is no freedom of press and no freedom of association, would there be any independent price report? Do you ever think that even any economic figures the Beijing government announced have been real? What do you think that helped fuel the pu’er price bubble in the beginning anyway? Unlike wine, there is no independent critic or valuation system for the commodity at all. As far as I know, there is not even a task force set out to do that or any institution intended for such development. The interest of too many parties are involved. Many are too dangerous to touch. The price tag on any particular high price cha bing is open for interpretation. 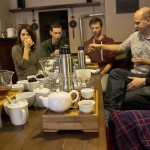 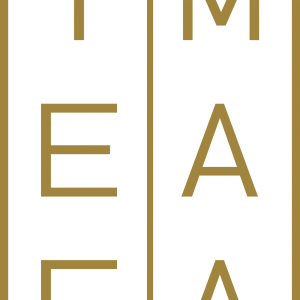 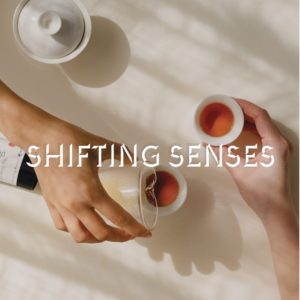